Caltech was the only education and research institution to receive a Supplier of the Year award from Boeing in a recent gala awards ceremony near the nation's capital. The awards recognized "exceptional performance and contributions to Boeing's overall success during 2014."  Caltech Vice Provost for research Morteza Gharib stated, “dating back to the 1930s, through the founding of the Jet Propulsion Laboratory and the growth of the aerospace industry in Southern California, Caltech's collaboration with Boeing has led to some key advancements in aerospace design and technology." [Caltech story] [ENGenious article] 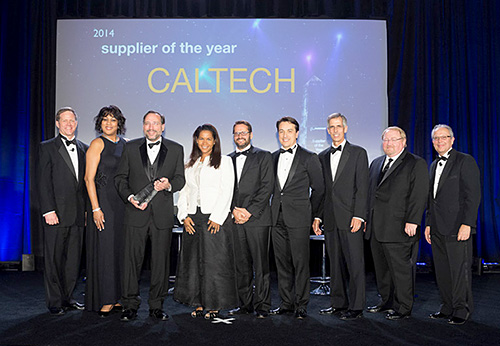